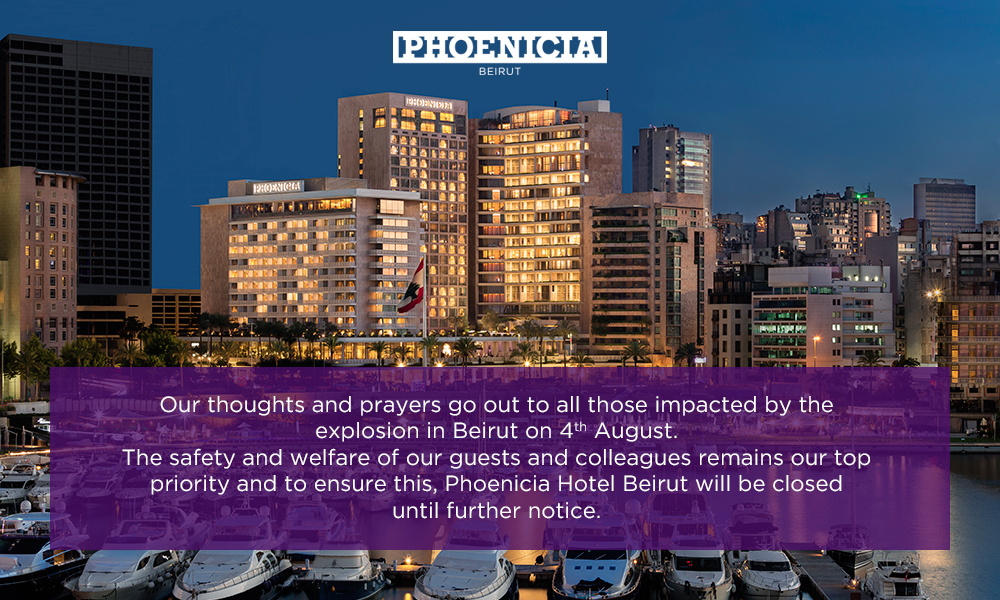 Established in 2006, World Luxury Hotel Awards is considered the pinnacle of achievement in the international luxury hotel industry, with awards decided by voting among guests, travelers and industry players alike. The World Luxury Hotel Awards are awarded to luxury hotels or hospitality groups across 99 different categories, presented on a regional, continental, global and country basis, with one hotel receiving the overall global accolade.

Phoenicia Beirut has dominated the luxury hotel landscape in Beirut and the region since it was first constructed more than half a decade ago. Considered a landmark of Lebanon’s capital, its history and heritage are closely interwoven with the city amid which it stands. Ever conscious of its standard-setting role in the hospitality industry, Phoenicia Beirut strives to continually be the benchmark for hospitality par excellence.

Commenting on the award, Phoenicia General Manager Manrique Rodriguez said, “We are very happy to add this accolade to this year’s continuous success. This is a great recognition of the work of our team who represent this hotel with all of its culture and is a reaffirmation of the world-class service we aspire to present to our guests.”

Phoenicia Hotel shakes up its image with Transitions